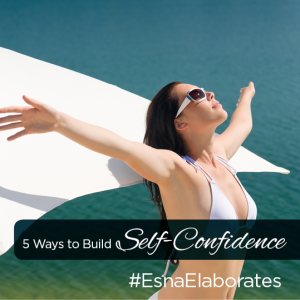 Confidence is the personality trait most responsible for an individual’s ability to deal well with organisational transitions. Confident people are self-motivated, have high self-esteem, and are willing to take calculated risks.

Here are five ways to build your self-confidence:

1. Play to your strengths

Competence bears little relationship to confidence. The fact that you do your job extremely well does not, by itself, insure that you are also confident of your abilities. It is only when you are aware of your competence that you become confident.

The favourite tip for increasing awareness of your strengths and talents is especially effective right before a job interview or any other important event in which you want to project your most confident self. First, think of a past success that filled you with pride and a high sense of achievement. Then recall the feeling of power and certainty – and remember or imagine how you looked and sounded. Recalling that genuine emotion will help you embody it as you enter the meeting room or walk up to the podium.

You know that the way you feel affects your body. If you are feeling insecure or depressed, you tend to round your shoulders, slump, and look down. If you are upbeat and assured you tend to hold yourself erect and expand your chest. But did you know that the reverse is also true? Your posture has a powerful impact on your emotions and on the way that others perceive you.

Research at Harvard and Columbia Business Schools, shows that simply holding your body in expansive, “high-power” poses for as little as two minutes stimulates higher levels of testosterone – the hormone linked to power and dominance – and lower levels of cortisol, one of the stress hormones.

In addition to causing hormonal shifts in both males and females, the researchers found that these powerful postures lead to increased feelings of power and a higher tolerance for risk. They also found that people are more often influenced by how they feel about you than by what you’re saying.

So before you go into a situation in which you want to project your most confident self, start by standing up straight, pulling your shoulders back, widening your stance and holding your head high. Then put your hands on your hips ((think “Wonder Woman” or “Superman” pose). Just by holding your body in this posture you will begin to feel surer of yourself and to project self-assuredness.

3. Choose to be an optimist

In Chinese, the ideogram for crisis combines two characters: One is the symbol for danger, the other for opportunity. So — is the glass half-empty or half-full? It’s both. The only difference is where you focus your attention.

Choosing not to dwell on negativity, doesn’t mean you should be oblivious to potential danger. Rather, you can analyse situations for both positive and negative aspects, develop strategies to minimise negatives and optimise positives, and then focus on the upside of the situation. Spending too much time worrying about troublesome aspects or negative outcomes is a waste of mental energy that saps enthusiasm and confidence and makes it more difficult to realise the potential opportunities that are also inherent in the situation.

As you prepare for the future you need to set goals and make plans while taking into account a multitude of contingencies in a volatile environment. And then you have to understand that, despite your best efforts, the future may not play out the way you planned, and you will most probably be required to reorient as conditions change — frequently in ways you never anticipated.

Some people are naturally more flexible and better at coping with and adapting to a complex, always changing reality than others. They’ve learned that, in chaotic times, the trick is not to brace for change, but to loosen up and learn how to roll with it.

You can build resilience and confidence by honing your ability to commit to a course of action while, at the same time, staying flexible enough to alter behaviours and attitudes quickly to support a new direction.

Appreciate that growth comes as much from failure as it does from success. If a venture fails, it will still be worth to look at all the time and effort you’ve put into it. Look at everything that you have learned.

To facilitate this kind of productive thinking, the United States Army developed the After Action Reviews. AARs are now used by organisations around the world to help teams learn from their mistakes, prevent future errors, and find new solutions to problems.

Basically, the AAR process assembles people who were involved in a planned project and asks them to answer a series of questions. But you can conduct your own private AAR around any important event that didn’t turn out the way you hoped it would.

Fear of failure is a huge obstacle to developing and projecting self-confidence. But when you know that your failures can’t stop you (if they are learning experiences and “no big deal”), then you increase your confidence that nothing can stop you! 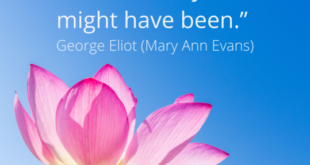 Appreciation On this beautiful autumn Saturday morning in South Africa, 28 May 2022 my heart …